As COVID-19 restrictions begin to ease, our tours will operate with fewer people than usually would be the case. This will improve the visitor experience with the lower guide to guest ratio. 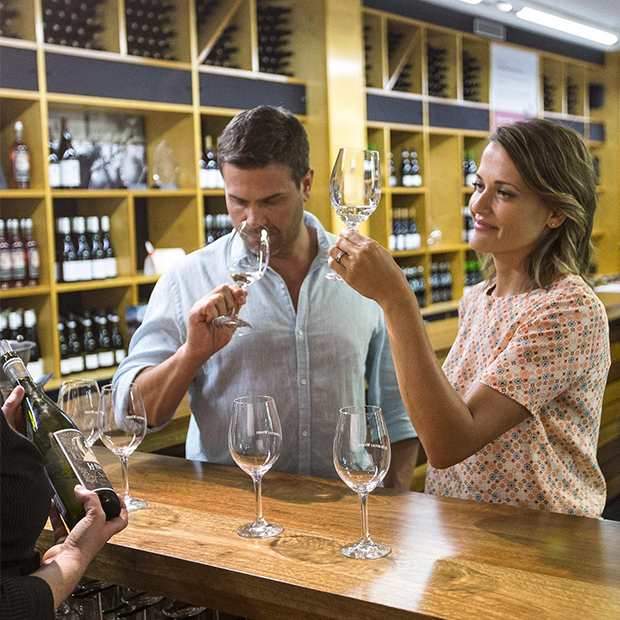 As distinct as the wines produced in this region, so too are the culinary offerings. The regions attract people eager to deliver the best and the various award-winning wineries and restaurants are testament to their success.

When you love what you do like our committed team, striving to exceed expectations, educate you about our cool climate wines and provide a great experience is what drives us. With a combined 85+ years of tourism experience, we know how to make your visit memorable. So come and spend a day with us, you'll not be disappointed.

Spend the morning getting up-close with a kangaroo and koala followed by a superb a la carte lunch, great wines and cheese. Link Tours delivers a unique and highly memorable experience.

While the Yarra Valley enjoys the highest wine region profile in Victoria, the Mornington Peninsula and Macedon Ranges have plenty to offer the first time visitor. Access to all 3 regions is terrific and being just on or over an hours commute from Melbourne makes a day trip incredibly appealing. Tours are offered every day.

Some of the Favourite Tours

Bookings for all tours are managed by Vinetrekker Wine & Food Tours. Vinetrekker is the wine touring division of Link Tours Pty Ltd. 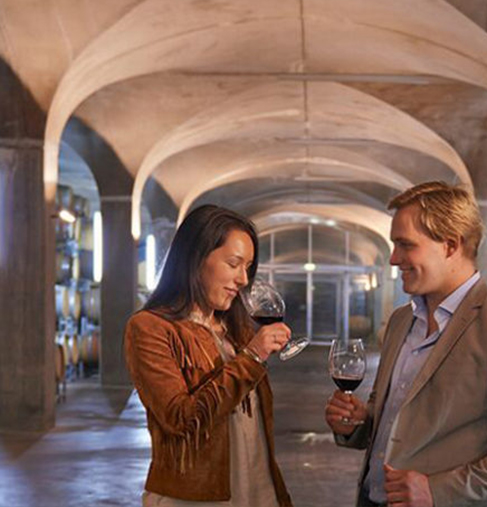 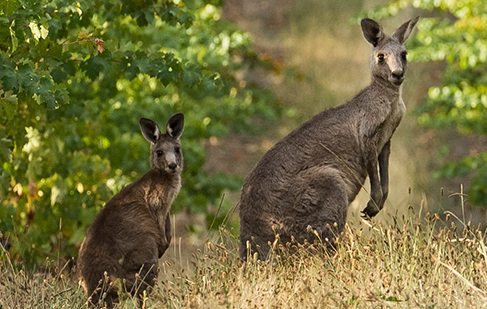 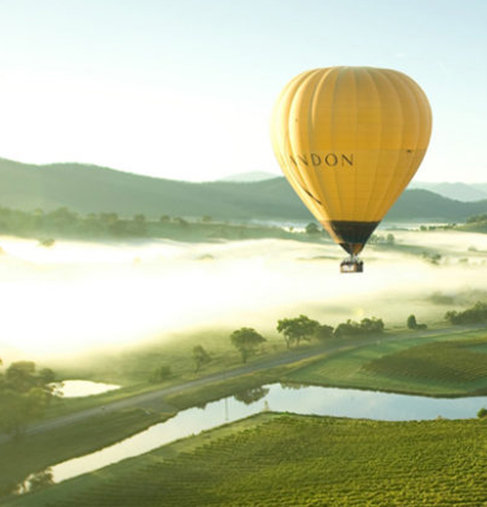 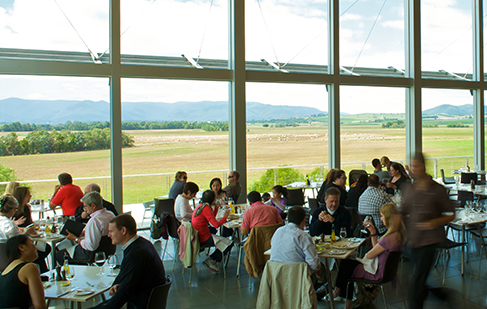 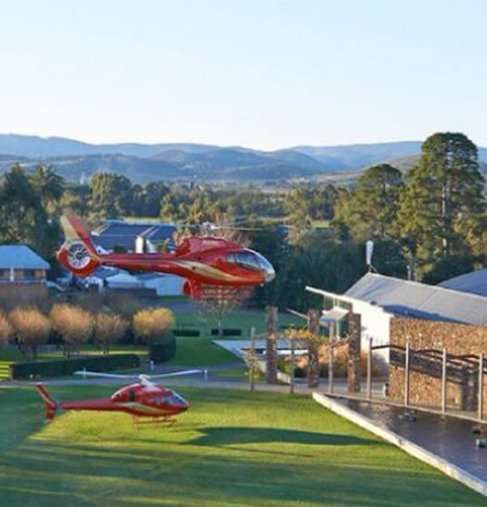 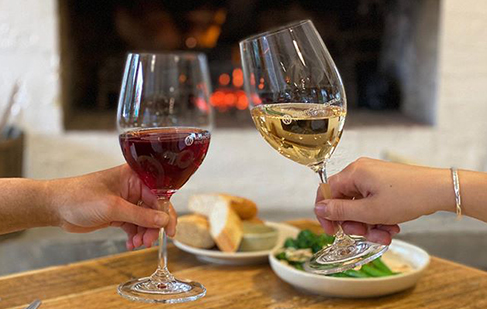 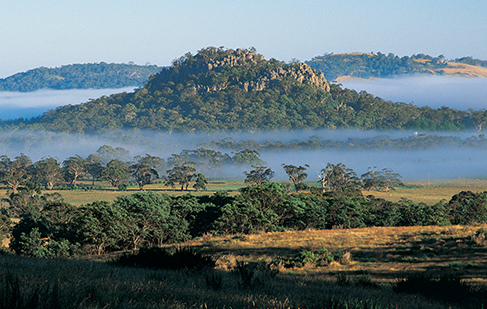 Melbourne enjoys an enviable reputation for hosting world class conferences, conventions and meetings. For the many international delegates who travel to Melbourne, there's an interest in getting out of the city to see some of our beautiful countryside or if time permits, to travel interstate and take in some of the country's outstanding natural and man made attractions.

A popular combination for visitors is a 6 day tour to Central Australia and Far North Queensland with visits to two of Australia's most iconic destinations, Uluru and the Great Barrier Reef. For visitors with less available time, a 3 day tour to Sydney is a great opportunity to get a sense of Australia's largest city and to enjoy time on its famous harbour. Variations on these can be arranged depending on the time you have available.

Contact us for example programs or we can tailor one to your exact needs. 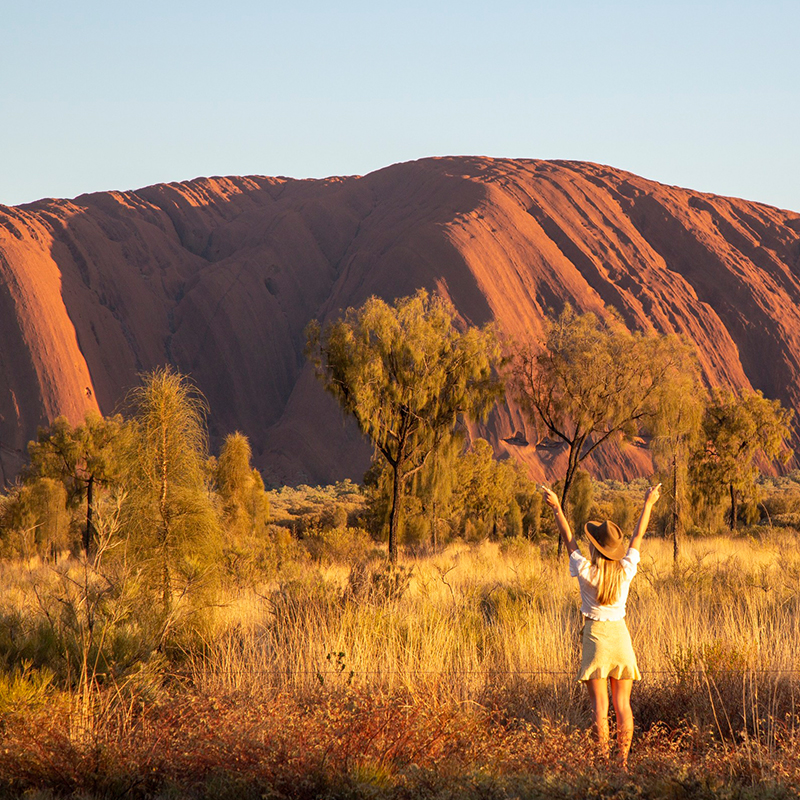 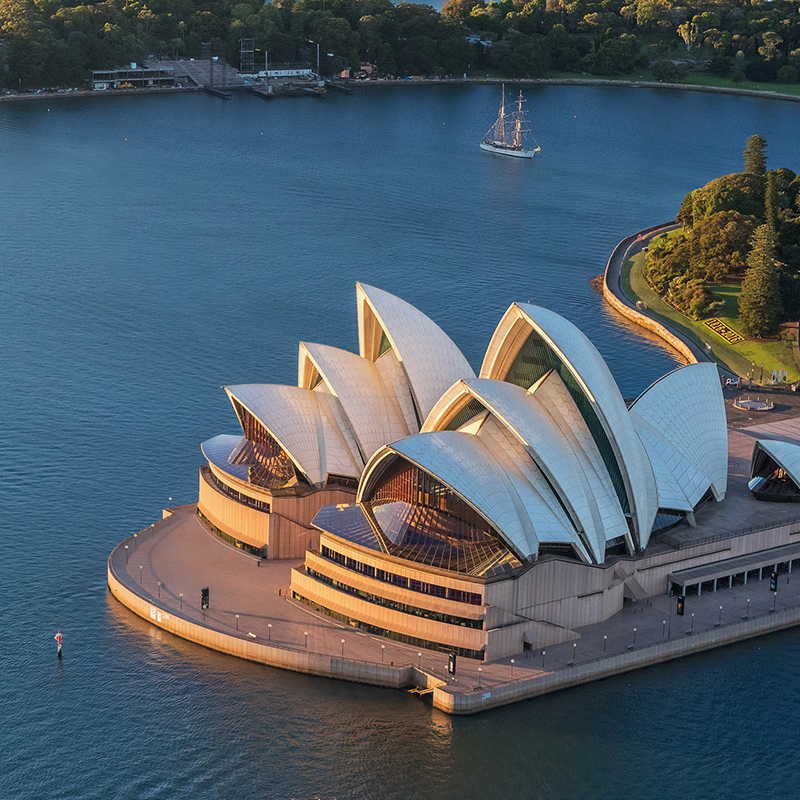 Take in the iconic Opera House on your half day city sights conference tour in Sydney with Link Tours. 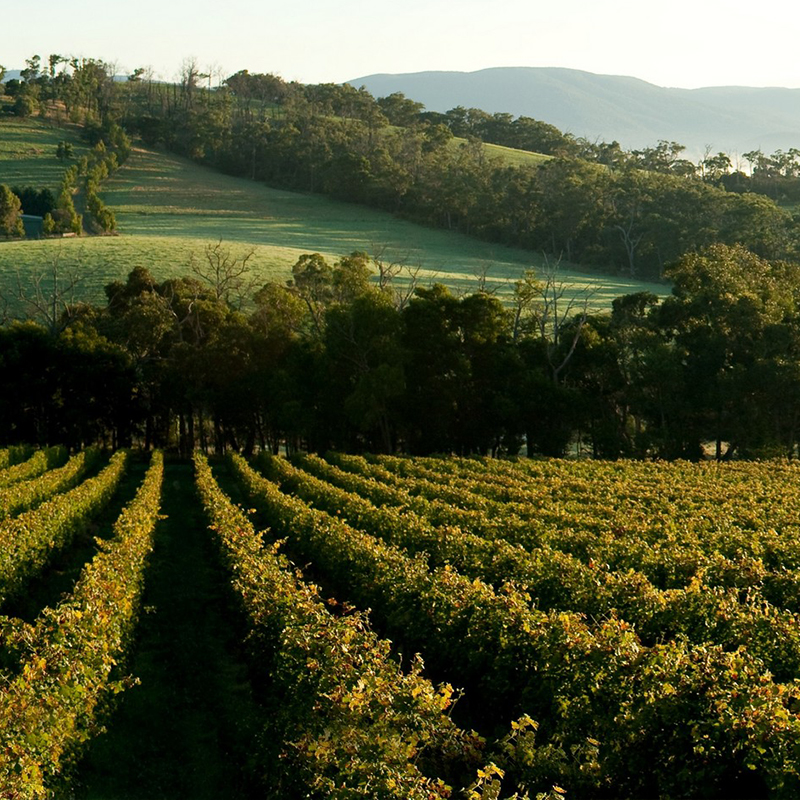 Close to Melbourne is the beautiful Yarra Valley wine region where daily tours are offered by Link Tours. 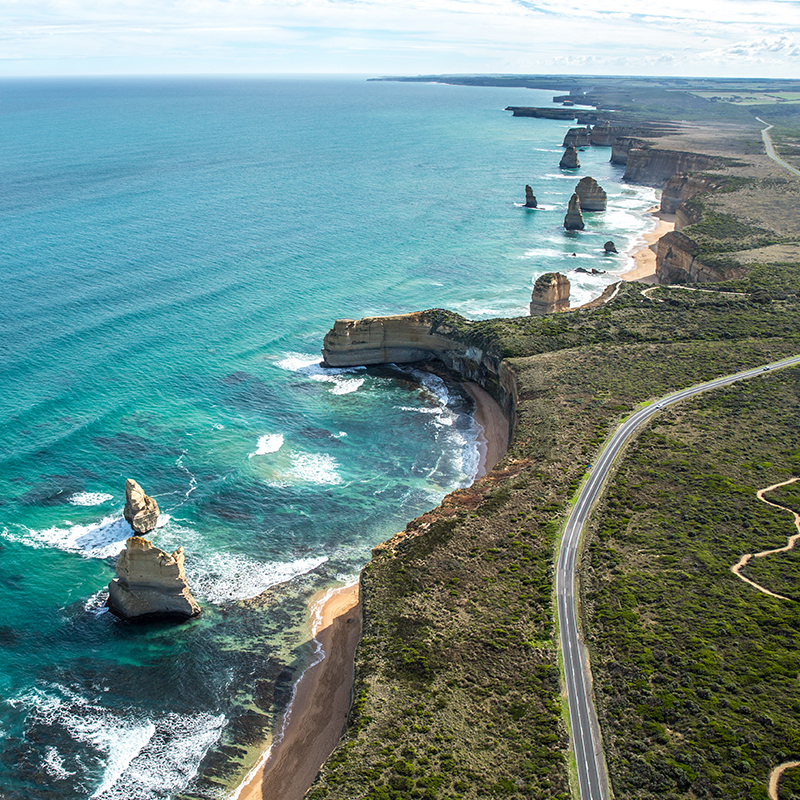 Before leaving Melbourne, many conference delegates take in the impressive sights of a Great Ocean Road Daytour with Link Tours. 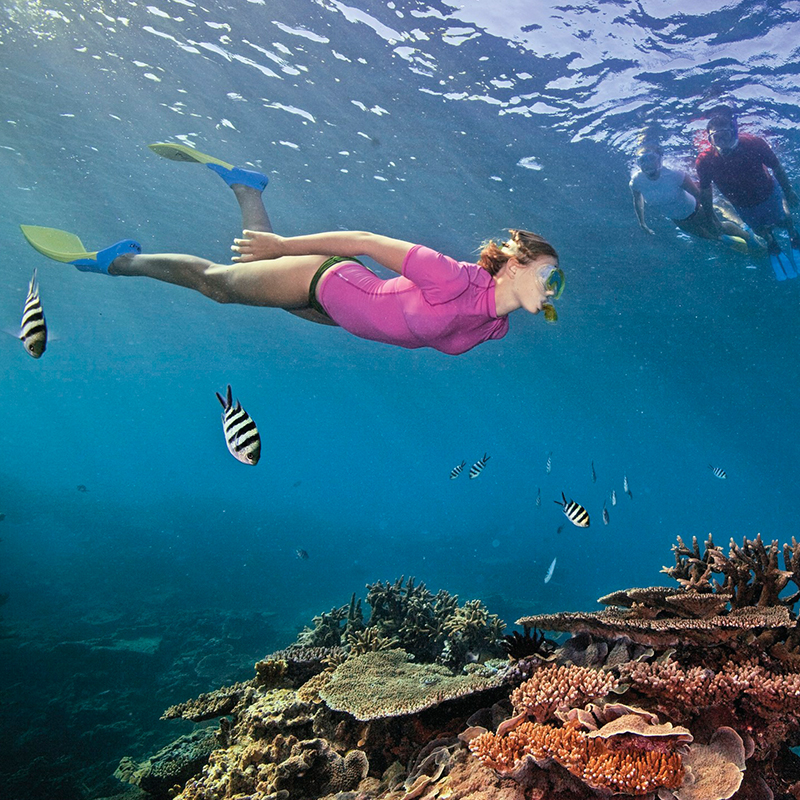 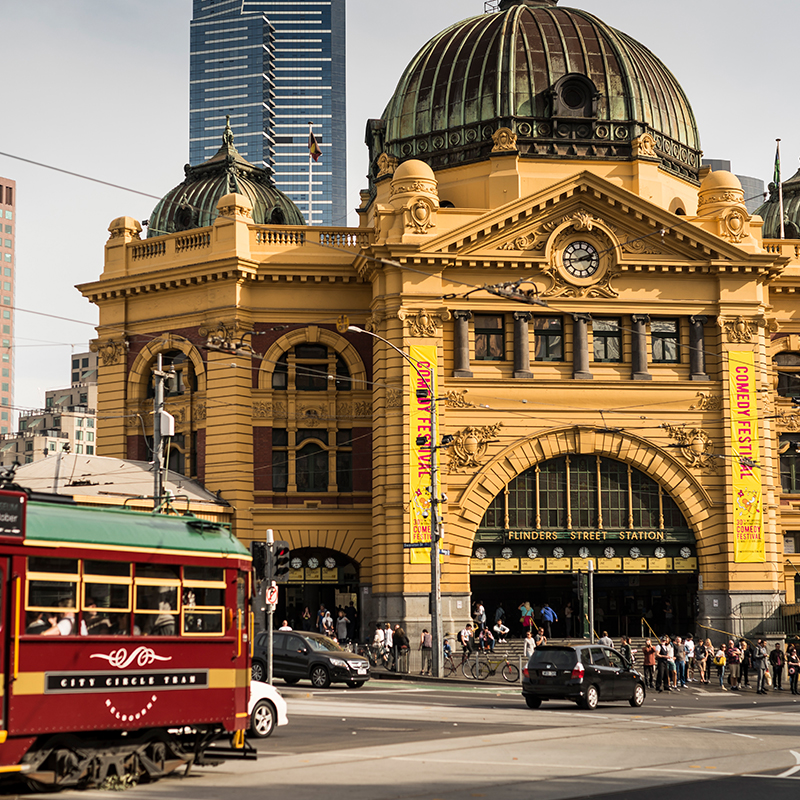 The conference city walking tours offered by Link Tours take in prominent sights such as Flinders Street Train Station and of course the famous Melbourne tram. 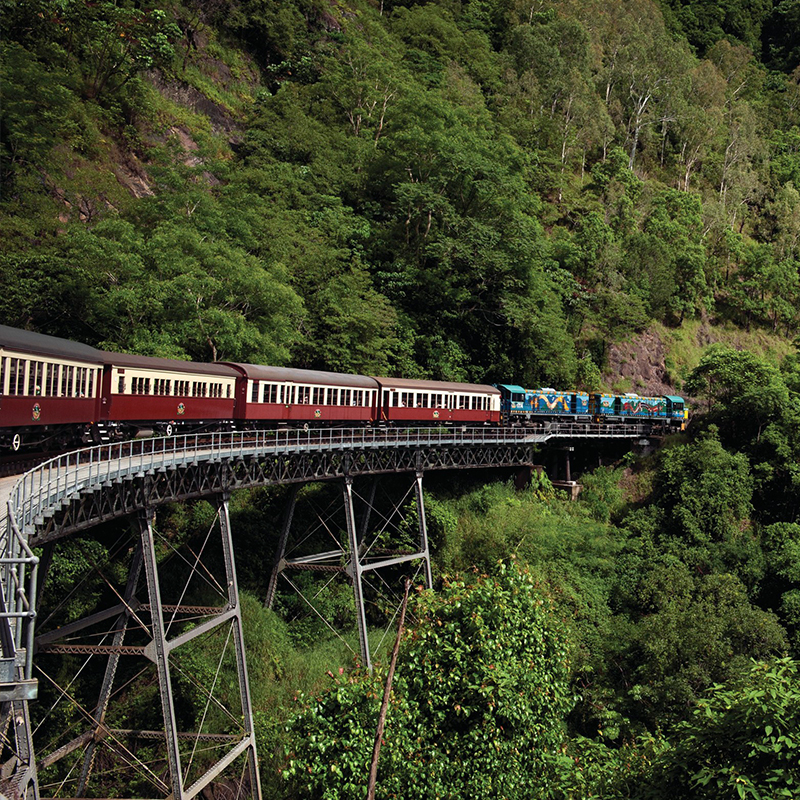 Travel aboard the Kuranda Train on the Link Tours conference tour to Far North Queensland. 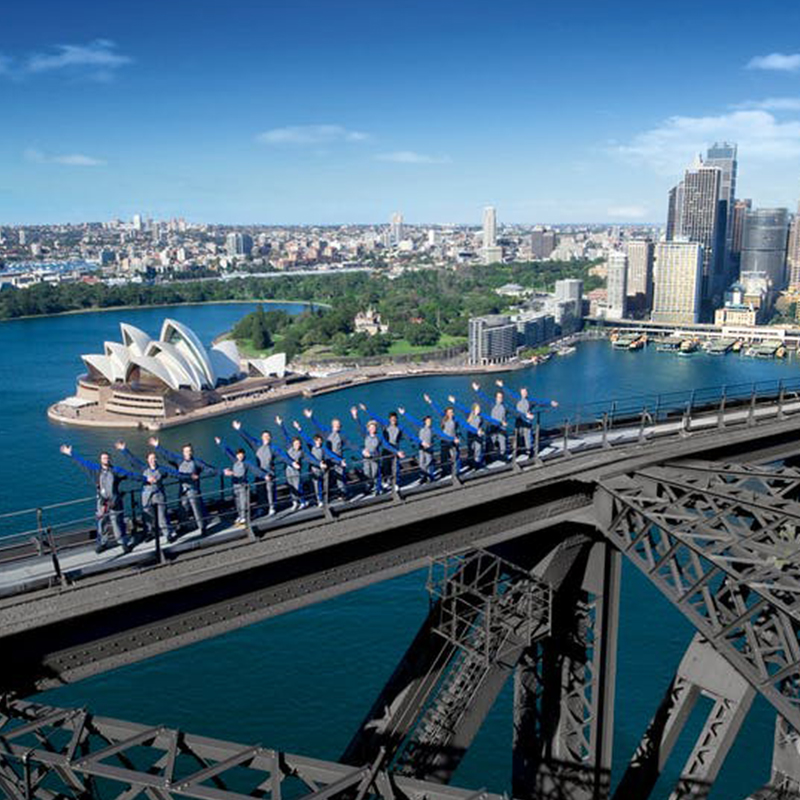 Whilst in Sydney on the Link Tours conference tour, an additional activity to consider is the Sydney Harbour Bridge Climb. 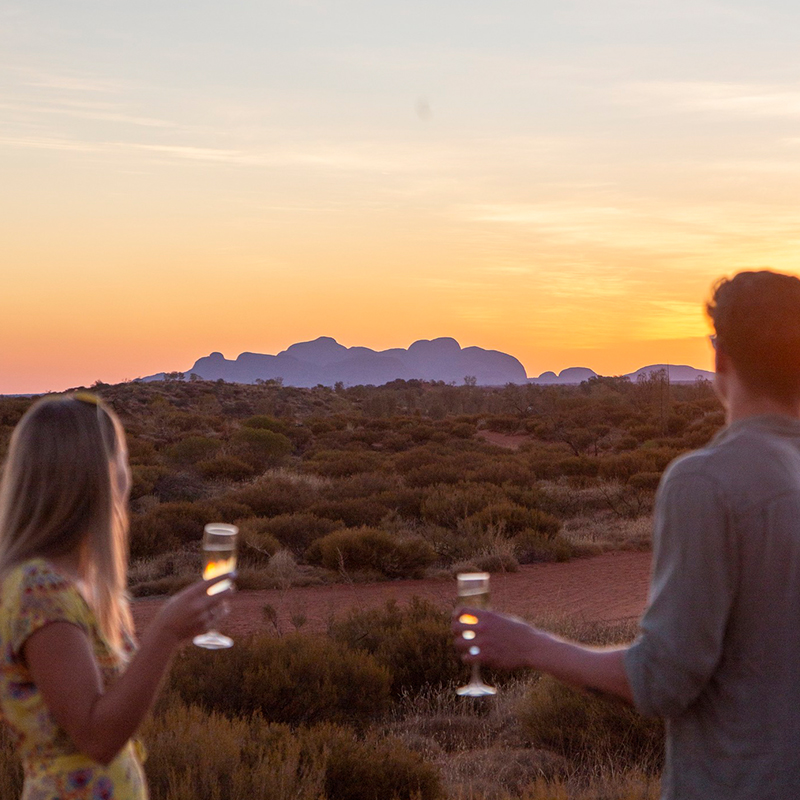 The sunset over The Olgas are a highlight of the Link Tours conference tour to Central Australia. 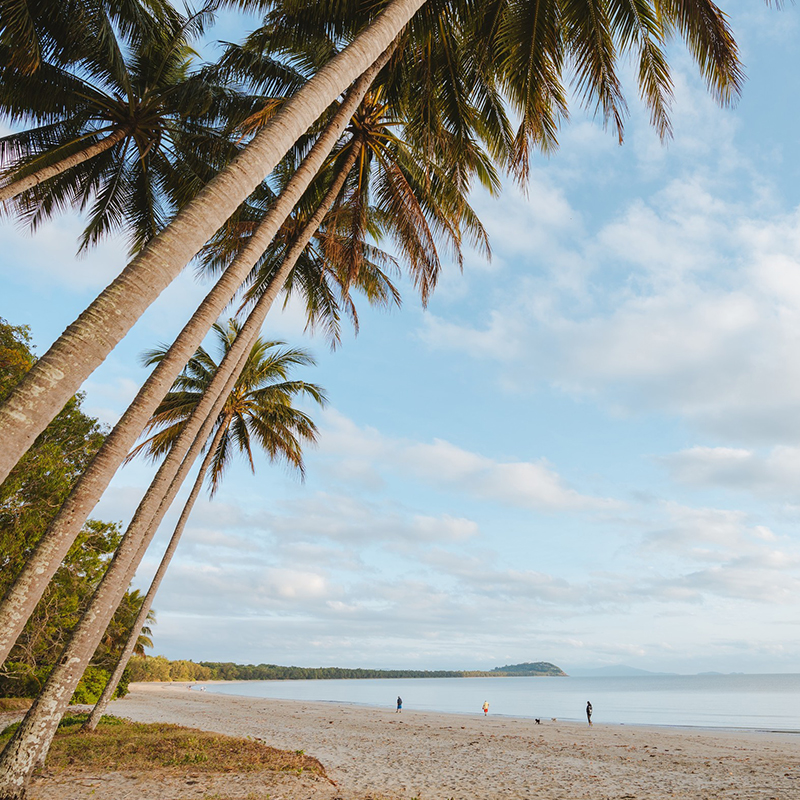 The beautiful beaches of Tropical North Queensland are a feature of the Link Tours conference tour. 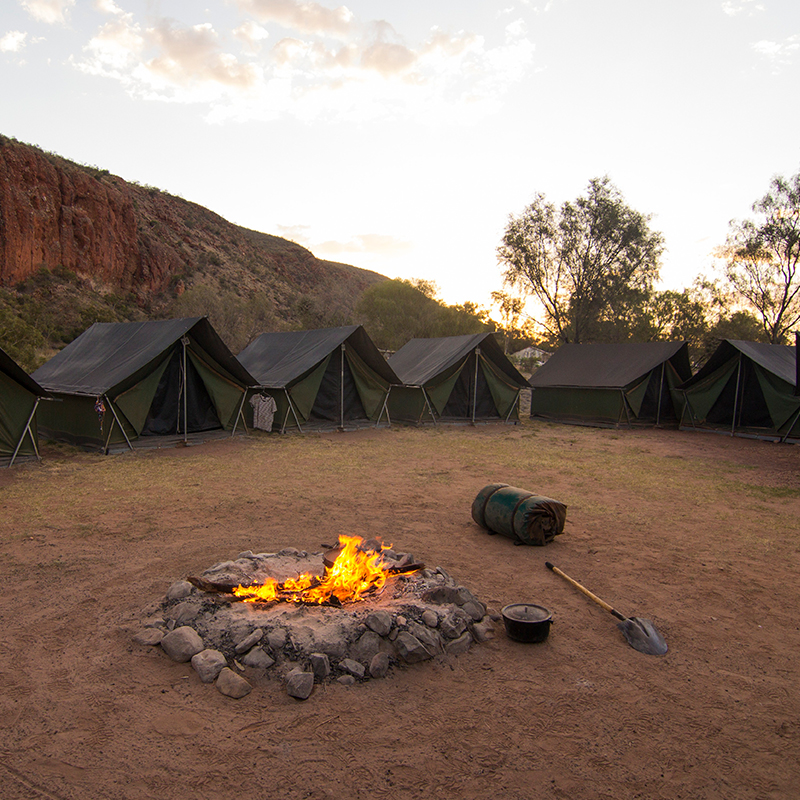 The Central Australian conference tour with Link Tours features camping under the stars and a fireside barbeque dinner. 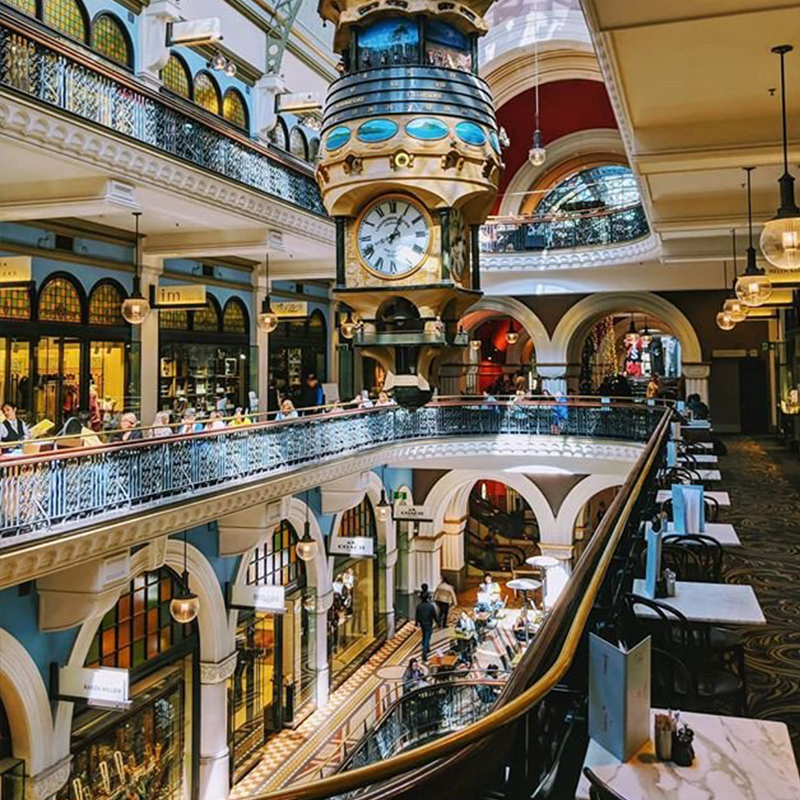 On the Link Tours conference tour to Sydney, there'll be enough free time to visit the beautiful Queen Victoria Building.

Our guides bring contrasting life experiences to their work and are all committed to providing their guests with the best possible tour. They appreciate how important their role is and wherever possible, will go the extra yard to exceed their guests expectations. They're knowledgeable and friendly and look forward to showcasing the best of Victoria to our new and returning visitors. 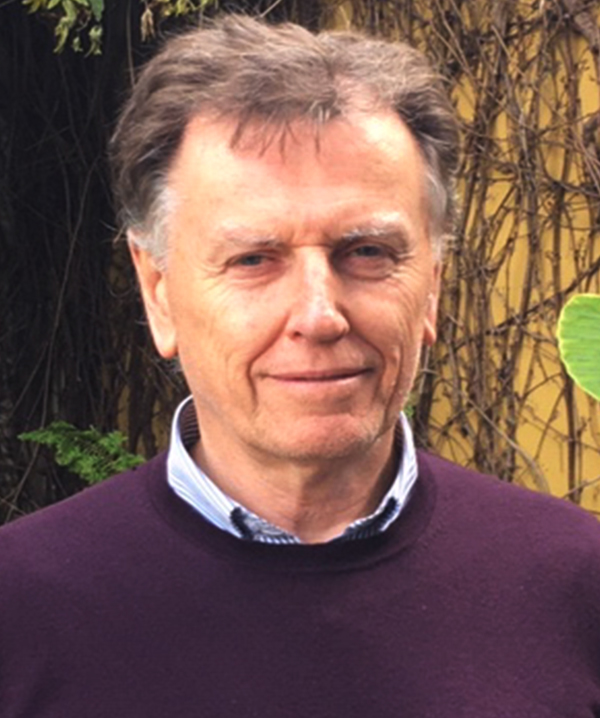 Paul's passion for tourism developed after an Australian working holiday. On his return, he began a sales position at Link Tours, operator of the popular Rutherglen Red weekend train tour. He subsequently purchased the business and over 30 plus years, has proudly guided it to where it sits today. He's more red than white in terms of wines although a single vineyard chardonnay from De Bortoli in the Yarra Valley and Cobaw Ridge in the Macedon Ranges will put a smile on his face, as will a pinot noir from Yabby Lake on the Mornington Peninsula. 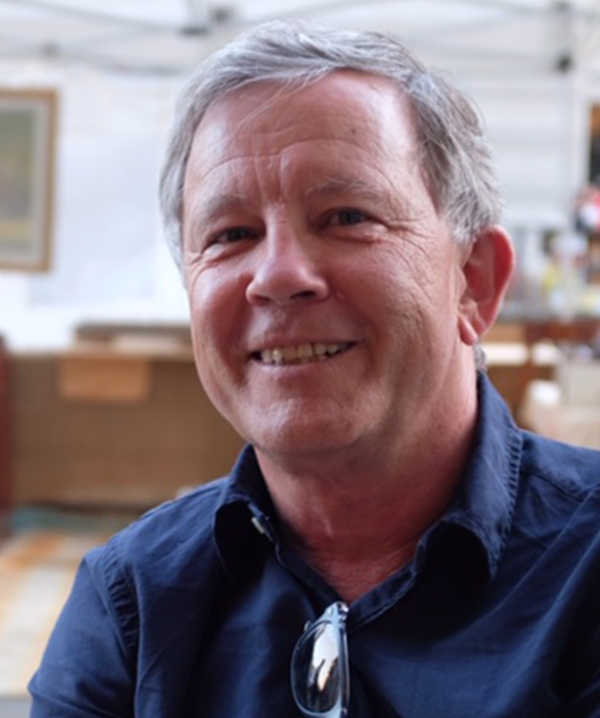 After 25 years of business travel, Adrian now has the pleasure of taking small groups to the beautiful wineries in the Yarra Valley, Mornington Peninsula and the Macedon Ranges. He wants his guests to enjoy the tours as much as he enjoys taking them. Each tour is special as he gets to make new friends with visitors from around Australia and the world. He delights in sharing his fondness for sparkling wine from Domaine Chandon in the Yarra Valley, Yabby Lake on the Mornington Peninsula and Hanging Rock in the Macedon Ranges. 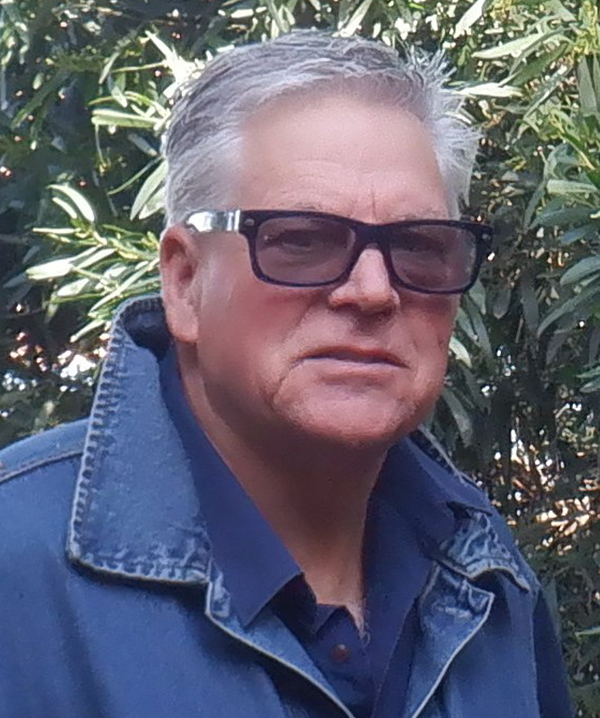 Rob has worked in environmental management and with Italian heritage, he has a unique insight into matching wines and foods. He is passionate about sharing his experience with nature reserves in the Yarra Valley and Mornington Peninsula with his guests. His broad palate embraces the pinot noir and shiraz blend at Medhurst in the Yarra Valley, the old vine riesling from Granite Hills in the Macedon Ranges and the pinot noir from Quealy on the Mornington Peninsula. 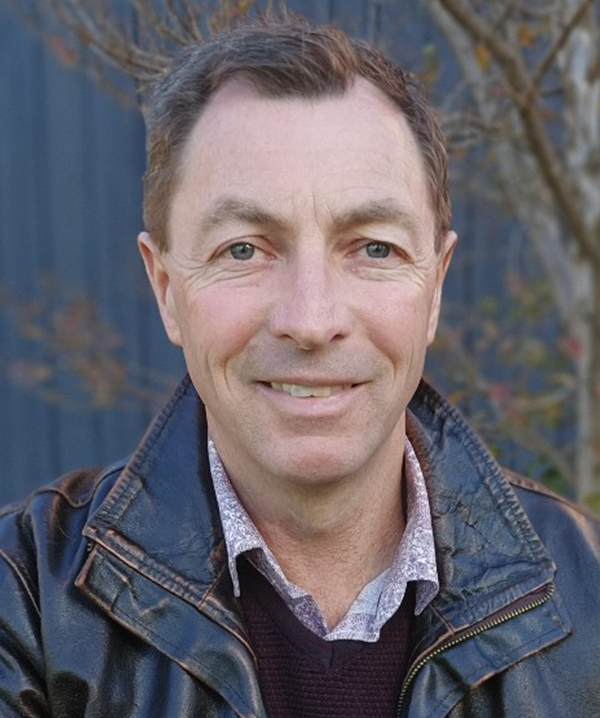 Shane qualified as a chef in the Royal Australian Navy, his eyes were opened to the wonderful world of travel and to date, has visited 45 countries. He is very family orientated and loves nothing more than being surrounded by good company and conversation while enjoying good food and wine (which is why he loves his job). He leans more toward red wine, be it a merlot from Coldstream Hills in the Yarra Valley, a sangiovese, pinot and shiraz blend from Quealy on the Mornington Peninsula or a gamay noir blend from Granite Hills in the Macedon Ranges. 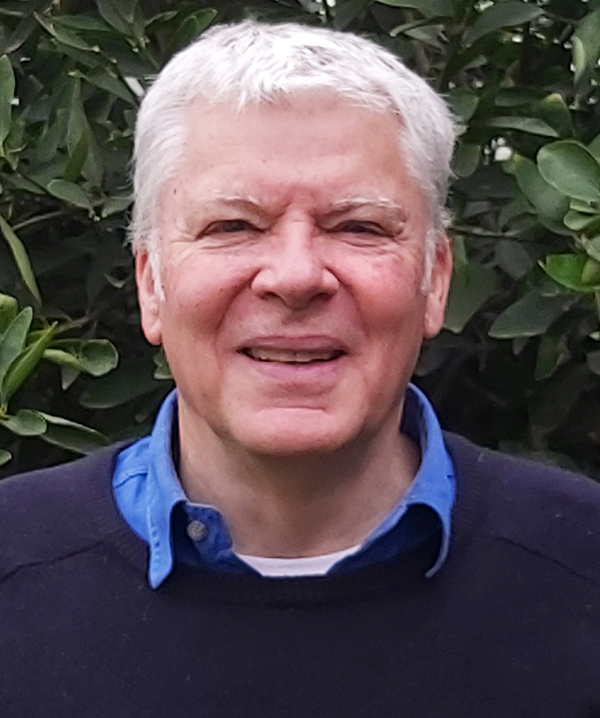 Stephen's an experienced guide who has led tours Australia wide from Far North Queensland to South Australia. Now, having settled back in Melbourne, he's keen to share his love of wine and considers it a privilege to showcase some great pinot noir from vineyards such as Yering Station in the Yarra Valley, Crittenden Estate on the Mornington Peninsula and Curly Flat in the Macedon Ranges. 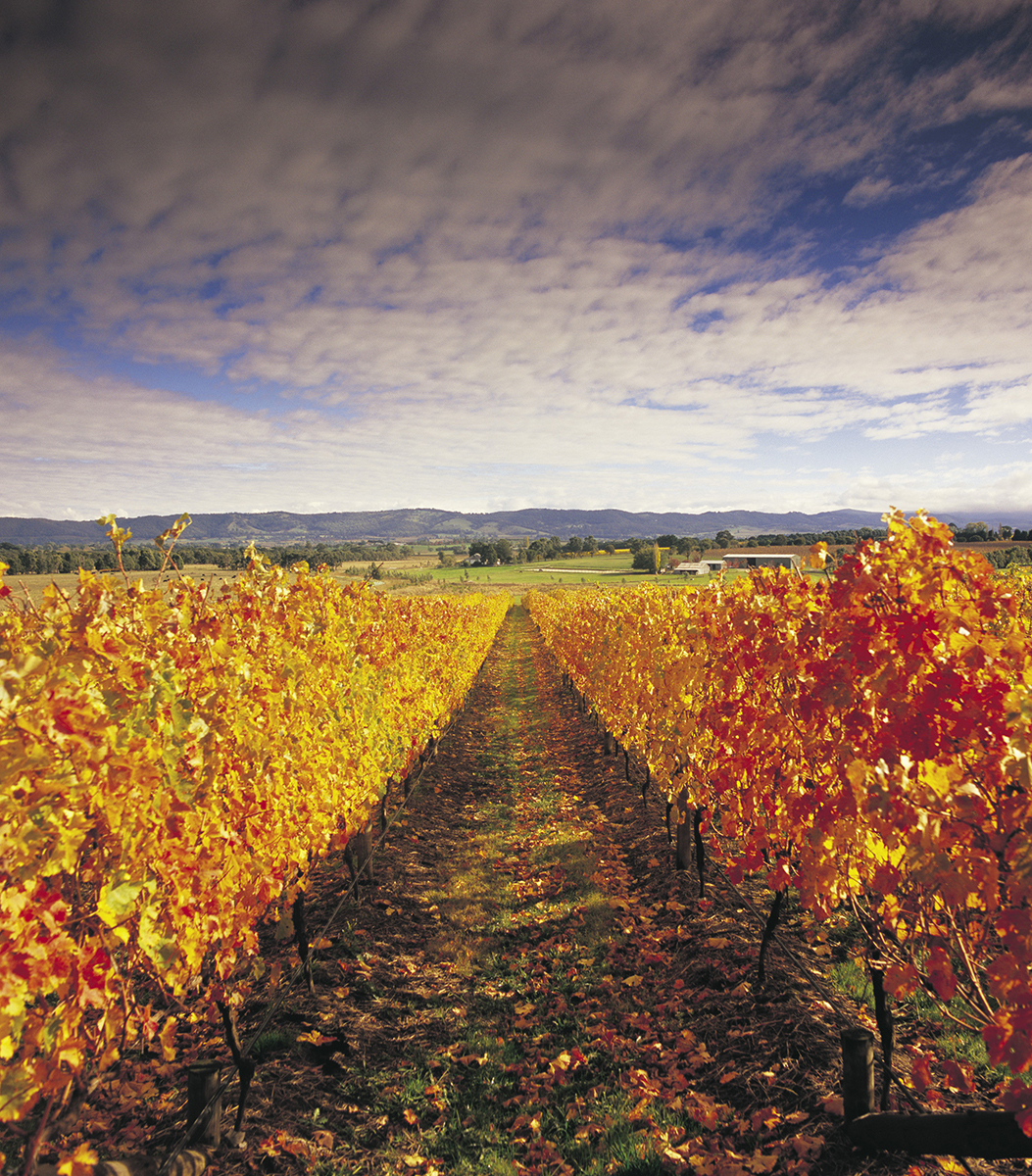 Link Tours was established in the mid 1970's and operated the Rutherglen Red weekend train tour.

Its success and popularity saw the introduction of other weekend tours to Swan Hill, Warrnambool and Lakes Entrance as well as a one night dance train package, The Party Tracker. In 1985, the business was sold to one of its employees, Paul Robinson.

While The Party Tracker maintained Links involvement with trains, there was a need to diversify the business. While company social clubs had once been a solid part of the business, they were no longer seen as the way forward. The conference and convention market was embraced and Paul found an opening for the many services that these events required.

Along this journey, Paul recognised there was a market for people who wanted a weekend offering that was different and was supported by good wine and food and the New Rutherglen Red was launched in November 1997.

The one night party trains were rebranded The Midnight Express and became increasingly popular, especially as an activity for end of year Christmas functions, corporate and special events. Ultimately, having the control of this product in the hands of others became problematic and the final tour ran in December 2014.

The business progressed into offering daily wine tours to the Yarra Valley, Mornington Peninsula and Macedon Ranges, using mini-buses to provide a more personalised and intimate experience. Additionally, the wine touring was branded as Vinetrekker while Link Tours continued to provide services to the conference and convention market.

The fact that the business continues to this day and has weathered many storms is testament to the commitment, perseverance and determination of Paul and his staff.

Perfect day trip from Melbourne.
My husband grew up thinking a platypus was the world's most unique animal and he loves good food & wine so this trip was a perfect day trip from our week stay in Melbourne. Our morning visit to the Healesville Sanctuary exceeded our expectation to see Australian native animals since we had a free guided tour with some recent graduates from a local university who knew everything about the flora and fauna. The afternoon lunch and wine tasting, made the day completely superb. The Yarra Valley is not to be missed.</p>

Excellent introduction to the wonderful Yarra Valley.
Our extremely knowledgeable and entertaining guide, Shane, gave my wife and myself a perfect day of great food and wine tasting just before everything shut down and we had to race back to the UK. It is a day we will recall with much pleasure through our lock-down.

Wonderful day.
Shane our driver was great and knowledgable. He kept the group engaged. The vineyards were superb, the cheese and dip platters delicious, and the lunch was superb.

Magical day of wines and cheeses.
From Rob picking us up we had an amazing day. Rob was friendly, considerate and extremely informative. The vineyards themselves were extremely welcoming and set in amazing countryside. They didn’t rush the tours and answered many questions that day. The wine we bought there didn’t last too long once we got back to the hotel but was delicious. Rob’s efforts of going off track to find a wild Kangaroo was appreciated.

Amazing tour!
I did a Yarra Valley Wildlife & Wine Daytour with Stephen. At Healsville Sanctuary, I had a tour with rangers and their explanation made the tour more fascinating and enjoyable. I saw koalas, kangaroos, dingos, and many other wildlife animals. After the tour, the lunch was excellent and the wine/cheese tasting was amazing as well. It was such a great tour.

So much more than a wine tasting day!
Great contact with Paul from the time of booking, and this continued through the day. His knowledge of the region was fantastic and his relationships with the vineyards and winemakers allowed for a truly unforgettable experience. I experienced much more of the peninsula than I would have on my own and have some turkey special memories of the day.

Amazing day out!
We had the best day with Paul. His knowledge of the wine and area were amazing. The wineries we visited were top level. Enjoyed garden tour, exceptional lunch. Enjoyable conversations. Can not recommend it enough. Definitely worth the money.

Great Day!
Our guide Adrian was terrific - very knowledgeable and friendly. The wineries they took us to were fantastic. I’ve been on quite a few wine tours around the world and this one really stood out. Thank you. 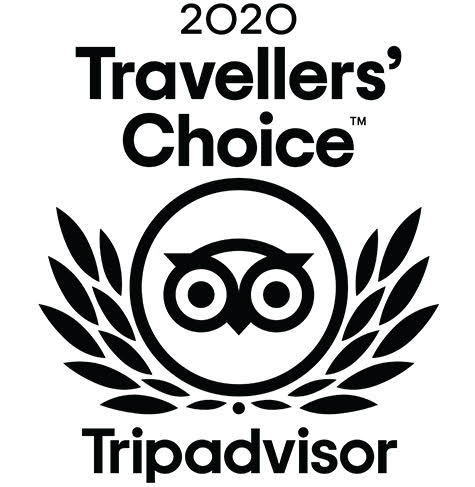 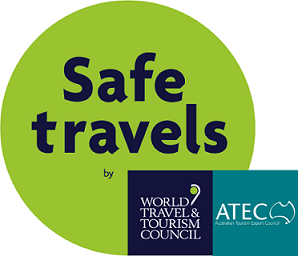 We are based in Melbourne, Australia and would love to hear from you. If on tour, we will reply to your message within 24hours. Alternatively, send us a text message for speedier response.

Contact us for a customised tour itinerary for yourself, your friends, company or a forthcoming conference.